The suspicious little spot that appeared above my lip in July had a short run all told. Earlier this month, I sent a photo of the spot to my dermatologist, and he asked me to drop by his office. I see my dermatologist every six months, but I didn’t want to wait until January as this one had been hanging in there with me since mid-July. It’s been a long time since I was concerned enough about a particular spot to see my doctor between appointments–I was nervous.

The appointment began with the normal rundown of questions: “How long has the spot been there? Does it itch? Have you tried anything on it? Are you noticing any changes?” I answered all of the doctor’s questions quickly–I was eager to find out if he thought I would need a biopsy or not. Adding to my collection of white scars is always in the back of my mind; this would be one that would meet everyone head-on.

My dermatologist’s first instinct was to make sure we weren’t dealing with a milium cyst before performing a biopsy. He described milia as something akin to a pimple with no pore. He proceeded to do what I had already tried in August-he began to squeeze it to see if it produced any fluid. My dermatologist had the same result I had. Neither of us got anything from it except a fair amount of pain.

I could tell fairly quickly that he had mixed feelings about the spot. Once he determined we weren’t in the realm of the pimple, he moved straight to a biopsy. I am thankful that he errs on the side of caution and takes no chances. I would much rather be sure than sorry down the road.

The biopsy was quick and easy. He numbed the spot and made a tiny, quick cut in order to get a tissue sample for examination. I was given a tiny bandage, instructions for after-care, and my dermatologist’s usual promise to contact me with the news that it was benign. He’s just like that, and I appreciate it. Even though I am well aware, given my history, that any one of my moles and suspicious spots could be cause for much more serious and invasive procedures, I am always grateful for his positive and upbeat demeanor. 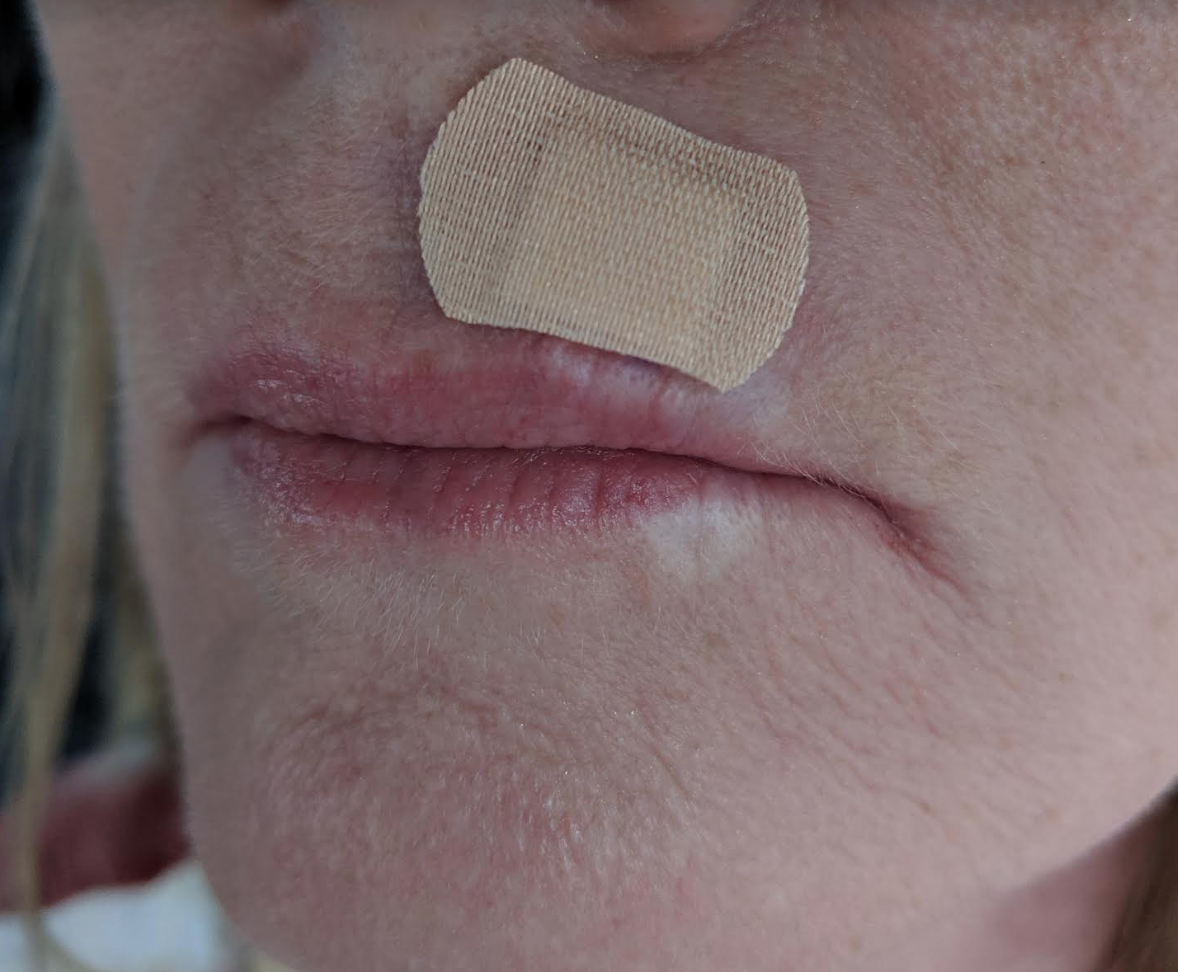 It hurt a little, but I’m used to it

I set out for home with my awkward bandage in place just above my lip. The stinging and burning is usually mild following a biopsy, and this spot was no different. After an hour or so, I forgot the spot was ever there except for the obvious bandage, of course. I am always instructed to use a dab of petroleum jelly on biopsy sites, but due to some previous reactions I have had to Vaseline, I opt for a bit of Mupirocin, also known as Bactroban, instead. Keeping the site moist helps with healing, and once it heals, I will switch to my daily moisturizer, Vanicream lotion.

There was a time when waiting on a biopsy meant waiting up to two weeks. A letter would arrive in my mailbox with the good news, or I would answer a call from a nurse delivering a diagnosis of skin cancer and an appointment time for further excision. These days, an app is the communication of choice, and turnaround time is much quicker. I expect to hear from my doctor soon.