Young Women and The Risks of Tanning 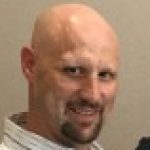 Would you subject yourself to increase risk of an earlier death for a chance to look better for a limited amount of time? Would you continue to raise that risk to maintain that temporary façade? Young adult ladies are doing that exact thing at a worrisome level.

One in five women between 18 and 30 who tan are considered “dependent” on indoor tanning, according to a study released in late 2017.1 This demographic is already targeted by the tanning industry, with nearly 1 in 3 having used UV tanning beds.2 Doing the math, that means for every 15 young ladies enjoying lunch, on the dance team, or in the office, one of them likely is exposing herself to harmful artificial UV rays at an addictive level.

Indoor tanning is a carcinogen

The World Health Organization has classified indoor tanning as a Class I human carcinogen in the Part D – radiation category.3  Know what else falls in there?  Ionising radiation, which that produces complex DNA damage like that seen in radon exposure (the second leading cause of lung cancer), atomic bomb survivors, and the Chernobyl victims. Kind of makes you re-think how artificial bronzing is worth the risk.

Exposure to UV rays once in a tanning bed, just once, leads to a 20% increase in melanoma,4 and more frequent exposure leads to an increased risk in all skin cancers, including melanoma. The concern of tanning itself isn’t the only risk, though – it is also that one session leads to another, then another, as the symbiotic relationship between maintaining a tan and an increased level of tanning feed off each other.

From the aforementioned 2017 study, “Dr. Mays explained that although indoor tanning is becoming less common overall in the United States, research indicates that it can be a problematic behavior for some young women similar to other forms of addiction. If we are to reduce this risky behavior and ultimately reduce skin cancer risks, we must understand what factors—such as behaviors, beliefs, and psychological comorbidities—are associated with indoor tanning dependence, he added.”1

The cycle of “tan and look good” may be a difficult one to break, one that can have ambiguous or undefined start and finish lines. It becomes a never-ending game of the cat chasing its tail, once the validation of “being tan” becomes a factor in a person’s life – particularly a young person.

All of this to… look good? Look better? Feel better? I get vanity – as a teen and young adult, I looked forward to getting my “base tan” and adding shade to a shirtless body. The notion that changing your skin tone would somehow magically make one more attractive is best left to the MTV reality television set. This mindset has put an entire segment of the young adult population at risk for developing an addiction to cancer-causing behavior.

The study also revealed those with a tanning dependence was more likely to have depressive symptoms.1 While not exactly a shocker – a young woman who may have appearance insecurities being prone to addictive-like behavior and psychological disorders – it is concerning that one may fuel the other, putting the population at higher risk for skin cancer, depression, or both.1

A lady with depressive symptoms may see tanning as a way to (temporarily) boost self-esteem by the perception of “looking good” (and may even get immediate positive peer feedback, i.e. “Nice tan!” that reinforces behavior), and then gets locked into the up-and-down mindset of someone who needs that affirmation a darker shade of skin provides, not unlike more mainstream addictions.

Falling into a dangerous cycle of tanning year round

Add the “winter is coming!” mindset that can occur along the coasts of the United States as fall sets in and tan lines begin to fade, and the temptation to turn to a tanning bed to extend that summer glow can seem more attractive. Extending “tan season” amounts to adding more opportunities to permanently damage skin and its underlying DNA. Beginning it early the next spring does the same. The cyclical nature of this get tan/stay tan routine means an ever-increasing likelihood that a person is exposing themselves to a greater risk of a deadly cancer by choice.

Changing the perception that tanning is attractive

It is hard to change the mindset of an entire population overnight; it’s even more difficult to affect their behavior – particularly the teen and young adult population who are forming their identity based, in part, on physical appearance. Education on the dangers of UV exposure would help, but it is going to take a concentrated effort to remove the tie between a nice tan and the self-perception of “more attractive” that will keep young women health, on both the outside and the inside.