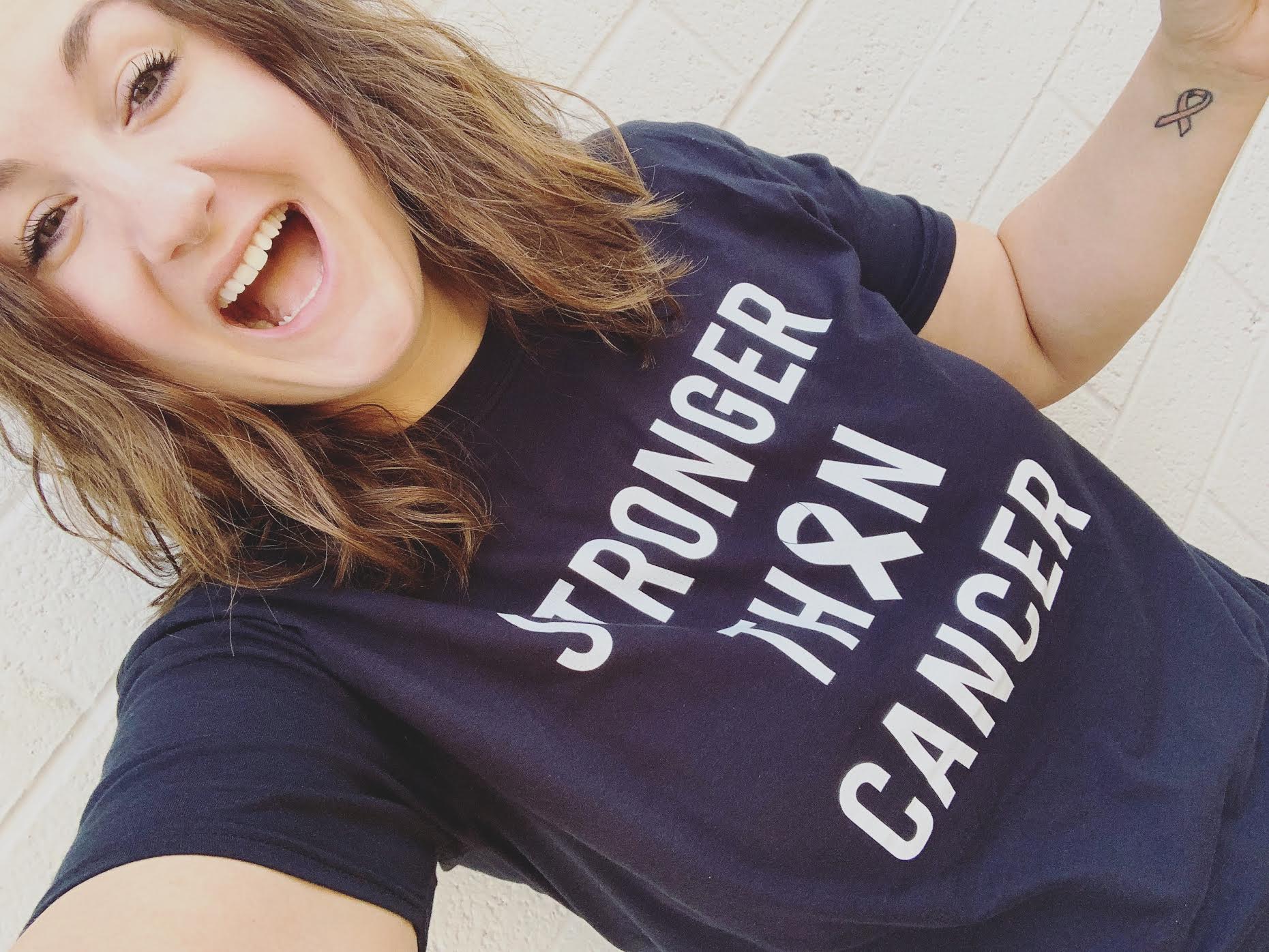 Hailey is a Stage IV Melanoma survivor, who was diagnosed when she was just 29 years old. Born and raised in sunny Phoenix, Arizona, Hailey is no stranger to sun exposure!

Hailey was originally diagnosed with Stage 2A Melanoma when she was just 24. There was a suspicious mole on her shoulder that was biopsied and promptly removed. After five years of regular visits to the dermatologist and oncologist, countless suspicious moles/marks removed, and no sign of recurrence, she began to notice some lumps and bumps under her skin. A PET scan and brain MRI quickly revealed that Melanoma was back again. A biopsy of one of her lymph nodes later confirmed the diagnosis. This time, it wasn’t just on her skin, but it metastasized to her lungs, heart, brain and other lymph nodes throughout her body.

In the fall of 2018, Hailey began treatment at the Mayo, Clinic in Phoenix, Arizona. Just over one year later, in October of 2019, Hailey received the “all clear” from doctors and achieved “N.E.D” status (No Evidence of Disease). Thanks to a remarkable response to Immunotherapy and stereotactic radio-surgery, the Melanoma had disappeared.

A mere five years ago, a diagnosis like Hailey’s would have been a death sentence. This has pushed her to share her story to spread awareness for late-stage Skin Cancer and create hope for other metastatic patients. A cancer diagnosis is insanely terrifying and isolating, but a little hope and sense of humor sure do go a long way.

You can read more details of Hailey’s story at her personal blog, Have a Sense of Tumor.

Click here to read all of Hailey's articles on SkinCancer.net!