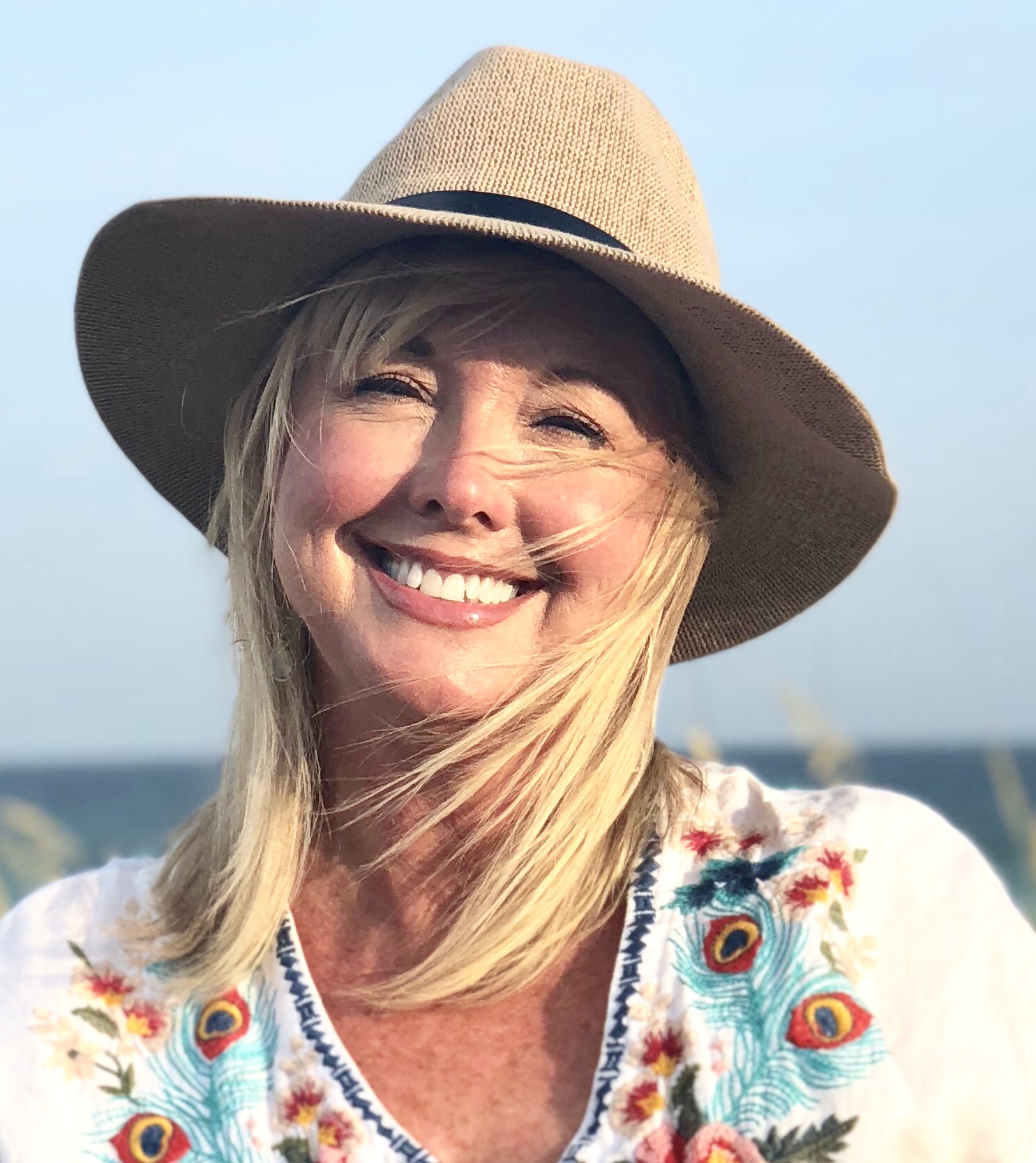 The idea or maybe fear or maybe expectation of skin cancer has been seeded in Thelma’s mind since about the age of 10. At that time, a dermatologist cautioned her mom to be on the lookout for suspicious spots after removal of a dark flat mole known as a Blue Nevus from her cheek. Being a pre-teen, however, that caution didn’t mean much to her, so as the years progressed and the fad of lemon juice in the hair and baby oil on the skin became a fad to achieve the “American golden tan,” Thelma indulged. Then came her own children with leisure afternoons at the pool with friends and family. With the passing of each decade, the seeds began to sprout and in 2010, she was diagnosed with her first squamous (SQ) cell carcinoma. Since then, regular checkups have caught several SQs and basal cell cancers.

After 37 years in education in Texas as an English teacher and school counselor, Thelma has retired. Rather than working with the sixth through college aged students of years past, she will now focus on her precious ten month old granddaughter Liv and newborn grandson Cy. Part time work will continue in counseling, but many less hours will be spent walking the halls of campuses.

Through counseling, Thelma has learned that students are better understood when empathy happens. The same is true with skin cancer. No one realizes the fears unless they too have walked in those shoes. Thelma’s mission is to serve others. Through sharing experiences and supporting those who are experiencing their own skin issues, she wants to help.

As far as personal joys, Thelma loves family. Family plus travel is even better. Her passion is to see the world, experience the culture, and enjoy the people. She also has a tender heart for animals so her husband and her family includes 2 Labrador Retrievers and her little companion Chloe, a Shichon.

Click here to read all of Thelma’s articles on SkinCancer.net!