It’s 2019, and receiving mail isn’t nearly the event it was when most of us were kids. Remember waiting anxiously on a letter from a friend? How vividly do you recall being over the moon when a package arrived with your name on it? Granted, the heartfelt joy of receiving mail changed a good bit as we grew, but did we ever lose that amazing feeling we get when we actually open the mailbox to find something unexpected that isn’t just a bill? Last week, I had that fantastic, practically kick-up-your-heels feeling brought back courtesy of my melanoma.

When I was diagnosed with melanoma in 2007, I was clueless on many fronts. Having heard the word melanoma and knowing of only two people who had it, I was unable to process the changes that would take place in my own life. The pain following the excision of my spot surprised me. The inordinate amount of time it took for my excision site to heal was an ongoing amazement. In addition, I wasn’t in any way prepared for the changes in my sun-worshipping habits. One surprise, however, didn’t rear its ugly head until much later.

The Lifeline Blood Services mobile unit appears in my small town fairly regularly. A few years ago, I decided I wanted to donate blood since my last donation had been during high school. I assumed I would be ready to roll after registering and answering the required questions about my health history. Unfortunately, one question halted all progress. That question-“Have you ever been diagnosed with cancer?” At that point, the questions on the computer stopped, and I was asked to see a technician. A couple of short questions later, I found myself leaving the bloodmobile after being told that my history of melanoma disqualified me from ever donating blood. I was devastated.

It’s been several years since that disappointment of a day. This week, a surprise every bit as exciting as those of my childhood arrived in the mail. A letter from Lifeline Blood Services caught my eye in the stack of junk mail and the few paper bills that still arrive in my mailbox. Lifeline, after many years, has revised its policies to allow cancer survivors to donate. (Some limitations still apply.) I am far past the five-year time limit they now allow for most types of cancer. There is a bit of paperwork to do in order to donate when the bloodmobile arrives in my town next time, but it looks like I am on my way to donating once more. 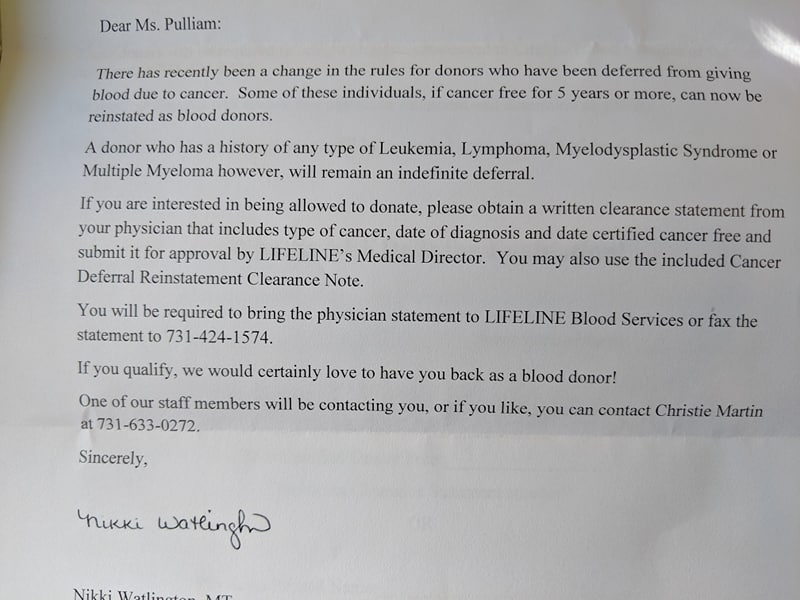 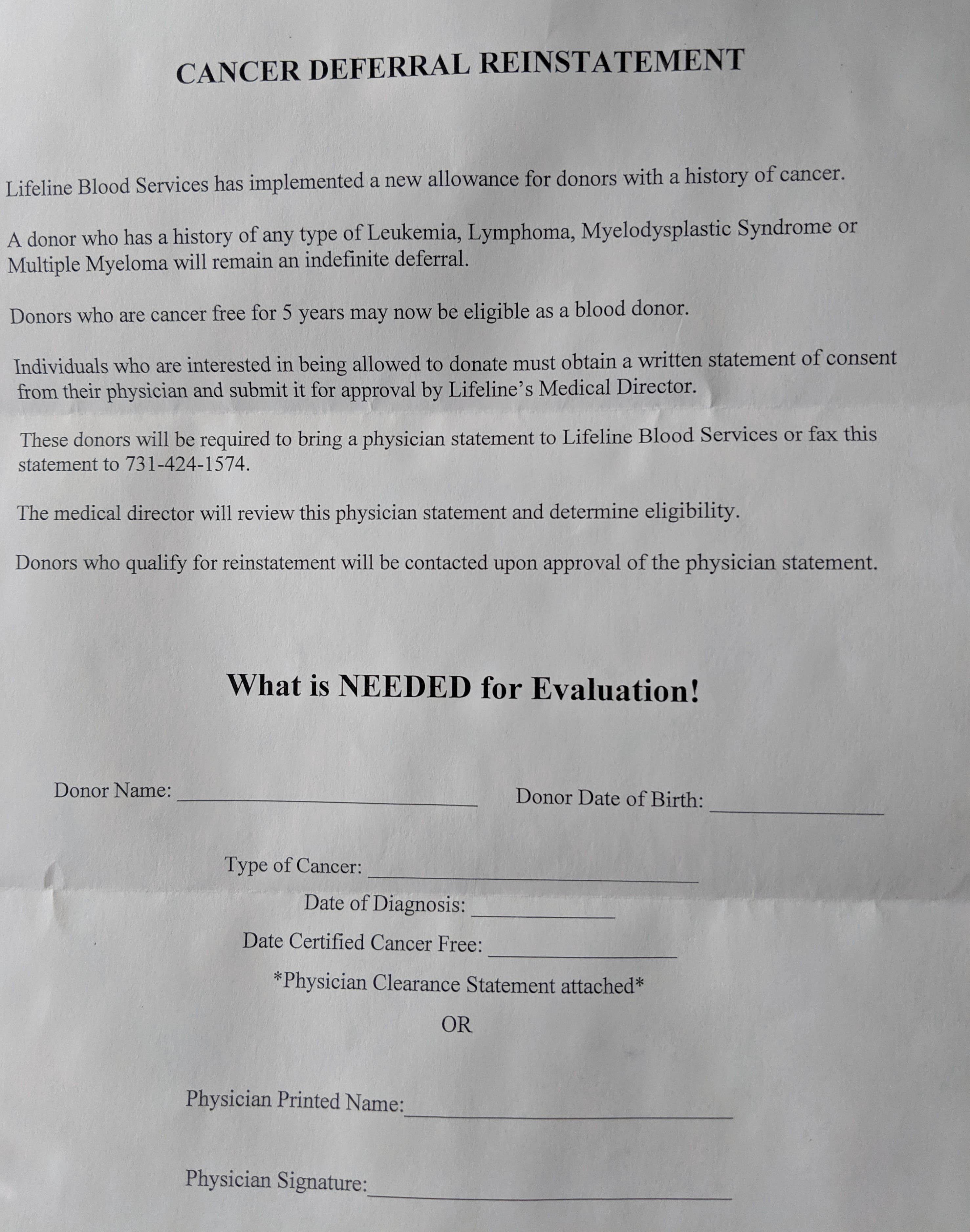 Donations of this type might not be on some folks’ priority lists, but I am thrilled to be able to do my part in donating blood once more. It’s difficult to be let down when you plan to do something and are told you can’t, but when you make plans to be helpful and are told you aren’t allowed, well, that can be heartbreaking on many levels. Thank you, Lifeline. You have made many a melanoma survivor very happy.