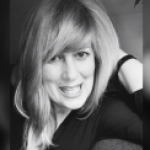 My skin cancer journey began when I discovered a tiny, little, brown spot on the tip of my nose. It was so tiny that I initially shrugged it off. Never in my wildest dreams did I think that it was cancer. There, I said it!

So what did I do about it?  Well, at first I actually ignored it. It arrived on its own, so I expected it to leave on its own. After a couple of weeks, I decided that a facial scrub might do the trick. It did not. More ignoring. Or perhaps, I simply lost sight of the spot as the days rushed by, one by one, in this crazy little thing called “life”– but seeing as how this spot was literally staring back at me from the mirror, I could not help but think, “Why are you there? Go away!” Then I decided to investigate deeper. An ingrown hair perhaps? Let me take a closer look. I got the tweezers out and I broke the skin just a tiny bit. Then I knew that something was not right. What is this little brown spot that seems to be growing beneath my skin?

And so it begins – the biopsy

Even now, as I am scheduling an appointment with the dermatologist, cancer still isn’t crossing my mind. When I arrived at the dermatologist’s office, the nurse practitioner asked me why I was there. I told her about my numerous failed home-remedies to remove the suspicious spot. Which, by the way, has now grown some. I think I aggravated it when I broke the skin. In any event, she did not seem too impressed with my story and simply said, “OK, let’s take a biopsy.” Afterwards, she said that she was curious to see what the results would come back as. I did not particularly care for that remark, as it made me feel as though now I had become her science project.

It took just over two weeks to get my biopsy results back. I was somewhat troubled by the fact that two weeks had passed, and I had heard nothing. Two weeks seems like an abnormally long period of time to determine the nature of a little brown spot-the same brown spot that decided to make a home on the tip of my nose. Anxious for a response, I decided to call their office. A young woman answered the phone and I explained to her the reasoning behind my call. After hearing me out, she replied enthusiastically, “No news is good news!” I said back, “That may be true, but I’d still like to know what the results are.”

The results are in: malignant melanoma

Later that same day, the doctor called me back and, just like that without warning, he bluntly told me, “You have a malignant melanoma.” My heart stopped. I took to the keyboard in front of me-as I was at work at the time-and Googled malignant melanoma. I asked my doctor point blank, “What does this mean? Am I going to die?” I am pretty darn sure that this is the first thought that pops into everyone’s head when they hear the word “cancer.”

The doctor casually replied, “I don’t know.” So I asked him, “What do I do now?” “You need to see a plastic surgeon to find out how deep it is, if it is growing, or if it is showing any signs of ulceration.” I thanked him for the information and hung up in tears.

Everyone has a story to tell. Our journeys are uniquely our own. By sharing our stories through an online community or support group, we become united. We find comfort in knowing that we are not alone in our thoughts, our struggles, and in our fight against cancer. We are a family.