Editor’s Note: This guest post was written by Vickie Mass Dowaliby about her father, Paul Mass, who sadly passed away from melanoma. Vickie stood by her father throughout his melanoma journey and has also battled her own skin cancers. She strives to spread awareness around the importance of early detection and seeking treatment immediately.

Paul Mass stood quietly with several of his coworkers when a discussion began regarding different ways to invest their money: real estate, stocks, bonds, etc. During this financial brainstorming, they asked Paul what he would invest in. He simply stated, “My family is my biggest investment!”

Paul Mass was my beloved father. He was a simple man who loved life and being “Papa” to his 5 kids and 10 grandkids. At the age of 65, he retired, and he and my mom bought a house in the desert with an acre of land. It was a place his grandkids could drive golf carts around, and his kids could park their RV’s for the weekend and stay. It was there that he would spend the last 5 years of his life.

My dad, being as humble as he was, never wanted to be made a big deal of. He also hated going to the doctor. He had a strange mole on his back that had been there his whole life, but one day that mole changed. My mom started to notice blood on his shirt and suggested that he get it looked at. Despite my mom’s urging to get it checked, he continued to put it off.

In 2008, my dad got shingles and he couldn’t put off the doctor any longer. During the visit, my mom pointed out the mole. It was biopsied and confirmed as melanoma. Melanoma has a cure rate of 98% if caught early, but this mole had been there for a full YEAR.

Months of surgeries and scans

After the diagnosis, my dad called each of us to deliver the news. We were scared, but dad down-played the seriousness, and did his best to make us laugh like he always did. The following weeks were spent having surgeries of the area; including one to remove lymph nodes to check for cancer spread and a PET scan of his body.

Awaiting the results was brutal for all of us. We gathered together at my parent's house for moral support for the day of my dad’s follow-up visit. As my dad walked through the front door, he exclaimed that he was clear! The pet scan showed no sign of spread anywhere! There were lots of tears and celebrating that day, but unbeknownst to us, this was the beginning of my father's heartbreaking melanoma journey.

Two years had gone by, and on a bright and early September morning, I got the worst phone call of my life. My dad was being rushed to the hospital. He had been unable to speak, form words, or communicate with my mom when he awoke from sleep.

I drove with my sister to the hospital and our brother met us outside. “Dad has a brain tumor,” he said. I froze where I stood. I knew it was the melanoma. It was a complete shock to all of us! The cancer had spread everywhere! My dad was given 3-6 months to live, but how could this be? He was sent away 2 years prior by the doctor, with no further treatment. We learned later on that he had been at stage 3.

Once the floodgates open, melanoma is nearly impossible to stop. My dad was absolutely adamant from day one of his diagnosis that his “quality” of life was what was important- not the “quantity.” Deciding to do chemo and radiation was very difficult but he wanted to fight. Over the span of 8 months, my dad’s “quality of life” was spent being horrifically sick, weak, and exhausted most of the time. He went from a 6-foot and 200-pound man to someone I barely recognized.

He was never in physical pain, but the emotional pain he endured was unfathomable. Communication was difficult for him, and the frustration in his eyes was devastating.

The importance of early detection

On Memorial Day weekend, the entire family was together. We knew that our Papa’s time was drawing near. Memorial Day morning, I walked into the house and into his room, and gently kissed his forehead. I told him how much I loved him. An hour later, we were gathered around him as he drew his last breath.

Since my dad’s passing, I share his story in hopes that no one ever has to go through what our family went through. I too, have had several skin cancers and know the importance of early detection. It’s not JUST skin cancer as some will say, and it should NEVER be ignored. I believe my father would be here today if he had known the seriousness of his situation.

In remembrance of my dear father, Paul Mass

Losing someone as special as our dad was, altered our family forever. Living without him is a heartache that never goes away. 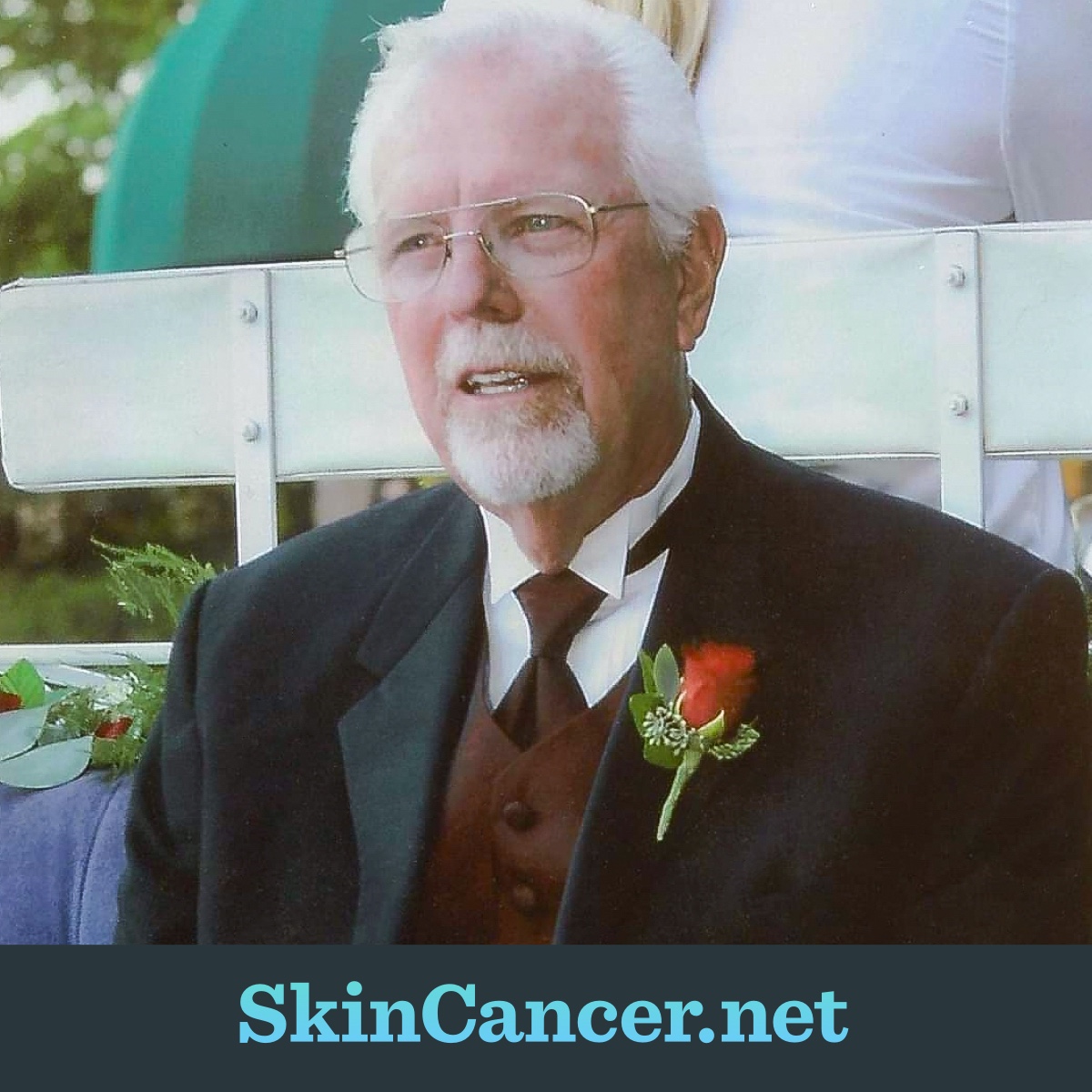 "The imprint of a father remains forever on the life of a child." -Roy Lessin