When I was diagnosed with acute myeloid leukemia in 2003 and my doctor admonished, “stay off the internet.” It wasn’t that hard for me to do. I didn’t have a smartphone. I didn’t have a laptop. Technology was not so "in your face." It is much harder now. Before I know I am even doing it, I am looking up symptoms.

Looking up symptoms on the internet

Technology has also offered up better resources for asking a question. For example, in dermatology land, if I am worried about a spot, I can email a doctor. I can also go into the patient portal, Patient Gateway, ask a question, and attach a photo. I don’t know what makes me do one thing versus another (i.e. asking a question or looking it up). Maybe it has to do with what I had for dinner.

The “something” that I am thinking of right now is a dark spot under my thumbnail. It is a rectangle in the middle, right near the top of my nail. I told my boyfriend that I was worried that it was melanoma. He said it looked like a bruise. "Hmm," I thought, "that’s interesting." I pressed on it to see if it hurt. Then I pressed on another thumbnail to see if there was a difference. If the blackened one hurt and the other didn’t, my “scientific” experiment would disprove the melanoma theory. The blackened one didn’t hurt, though.

Worried about melanoma of the nail

I looked up nail melanoma symptoms, and what I found made me more worried. I read that melanoma of the nail can sometimes be mistaken for a bruise. The photos didn’t look like the mark under my nail. That made me feel better, though only partially so.

Why didn’t I just write a note on the patient portal or send an email? I don’t know. Maybe because I had an appointment with the fingernail specialist coming up soon. I thought I could hold off and ask her then. She’s the dermatologist who is treating my fingernails for graft vs. host disease of the nail, which is an aftereffect of the stem cell transplant that seems to have cured my leukemia. In the meantime, a dark line appeared at the top of another fingernail. I thought that was actually good news because it was unlikely for me to get melanoma in two fingernails. I still didn’t know what it was, though.

The day finally came for me to go to the dermatologist. I was to get the second in a series of steroid shots in each finger near the nail. The shots, by the way, hadn’t been as bad as I had feared. She applied freezing spray to each finger before she did it. It was quick, just a sharp prick in each finger.

Not what I thought it was

I showed her the line in my thumb and the smaller one in the middle fingernail on the other hand. I said I was worried that it was melanoma. “Are you looking things up?” she asked. “That’s from the steroid shots!” So, after my worrying and internet searching, it was neither melanoma nor a bruise. It was nothing serious, but rather something simple that had never occurred to me. I could have saved myself a lot of worry if I had just asked instead of doom surfing through nail melanoma symptoms. As I said, I’m not sure what makes me ask about some things and doom surf about others, but I’m going to try to do better next time.

Although it’s not out of the question to find something useful and even calming on the internet, a habit of looking up symptoms can lead to “cyberchondria.” An article in Psychiatry Research defines this as “a clinical phenomenon in which repeated Internet searches regarding medical information result in excessive concerns about physical health." According to the authors, “cyberchondria" is positively associated with symptoms of health anxiety.” In other words, it can make you anxious.

Just wondering, do you look symptoms up? Does it ever make you feel better or does it just make you anxious?

Squamous Cell Carcinoma on the Lip: What It Is and What It Isn't 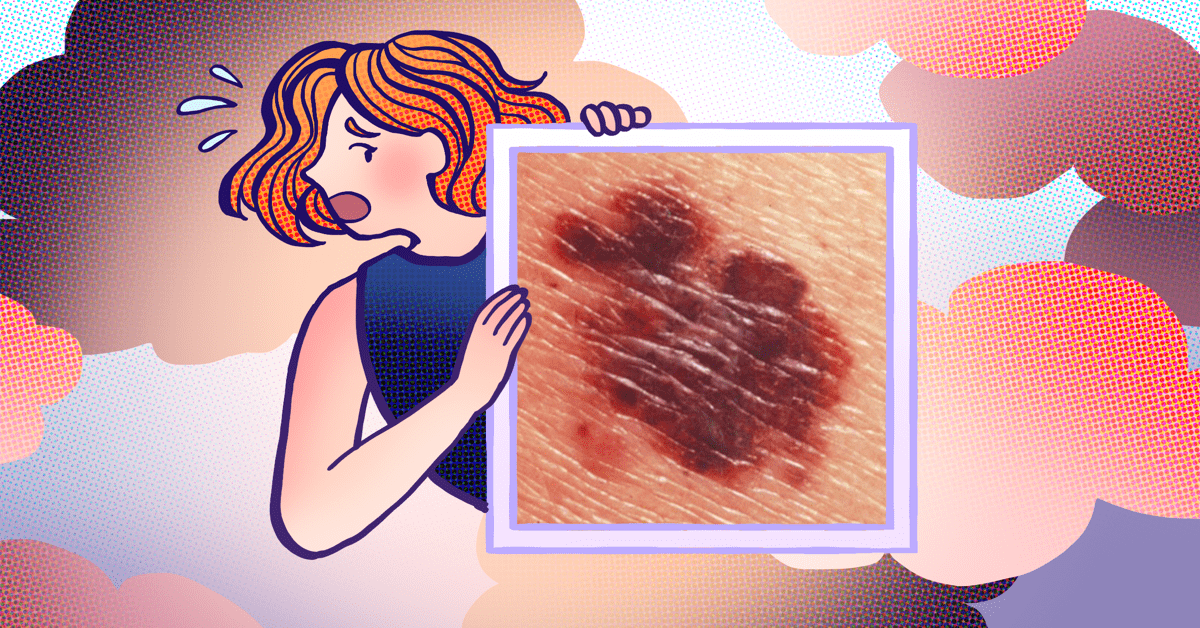 Do you typically get extra questions about your health during the holidays?