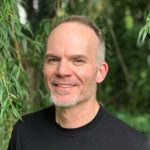 You fill in the blank. Ever since Neil Armstrong made that “giant leap for mankind” we have been comparing every technical challenge against the one we encountered as a country when put astronauts on the moon. You know what I mean. “They can put a man on the moon, but they can’t make toothpaste that tastes like, well, toothpaste” or a million other unfathomable challenges.

Isn’t there a better way?

As a melanoma survivor, I have always wondered why we just couldn’t develop a more technical way of observing, analyzing, and diagnosing skin cancers of all kinds. Watching my doctor break out his magnifying glass thingy seemed as antiquated as watching Sherlock Holmes search for fingerprints with very much the same instrument. Can’t we do better than this? Well, maybe now we can?

A probe that can see the difference

According to a recent article that I read, an inexpensive, high tech probe has been developed in Canada that can see the difference between harmless and cancerous moles in just a few seconds. Researcher Daniel Louie, a PhD student at the University of British Columbia, helped create the device from cheap materials so that the end product would be easy to make, and could also be used in many places as a screening tool. Affordable, widely distributed, and can identify nasty cancerous moles? How does it work?

And it uses light rays

According to Louie, “Because cancer cells are denser, larger and more irregularly shaped than normal cells, they cause distinctive scattering in the light waves as they pass through,” Louie said. “We were able to invent a novel way to interpret these patterns instantaneously.”1 Who knew? Light waves could be the key to detecting cancerous moles! How ironic is that! UVB rays contribute to melanoma and now light rays help detect it. I love the symmetry.

Even further, this probe can see measurements without using expensive lenses or cameras. And even better, these measurements can give results that are easy to interpret, like a thermometer. So, it’s cheap and easy to read, why can’t I just pick one up at a local pharmacy when I get my Luden’s? According to the article, this is not seen to be a product for consumers, but to be used by physicians as a preliminary screening tool.1

It should be used widely

Louie gives his argument for this instrument’s potential wide usage. He says, “we have so few dermatologists relative to the growing number of skin cancers that are occurring, if we can develop a device that can be integrated easily into other parts of the health care system, we can simplify the screening process and potentially save hundreds if not thousands of lives.”1

But time will tell

With most medical developments, time will tell if this the key to unlocking proper diagnoses or just another tool in the box for doctors. Either way, there is no substitute for tried and true self-checks and visiting health care professionals when you see something that concerns you. It is exciting though, that technology may be making strides to help beat this cancer monster. One day, let’s all hope that the following is true and becomes a cultural adage. “They can put a man on the moon and detect skin cancer with a probe, but they can’t…?