Suspicious Spot On My Lip: Part 1

July was an eventful month this year. My sister got married, my son prepared to begin his freshman year in college, we visited Disneyworld, and a new bump showed up. Admittedly, I am pretty stoked about the first three, but that last item has thrown a wrench into things…again.

I can’t stop thinking about it

It’s sitting there staring me in the face every time I look in the mirror, and it’s not going away. That’s just one of several signs it’s waving at me on a daily basis–time to see my dermatologist. 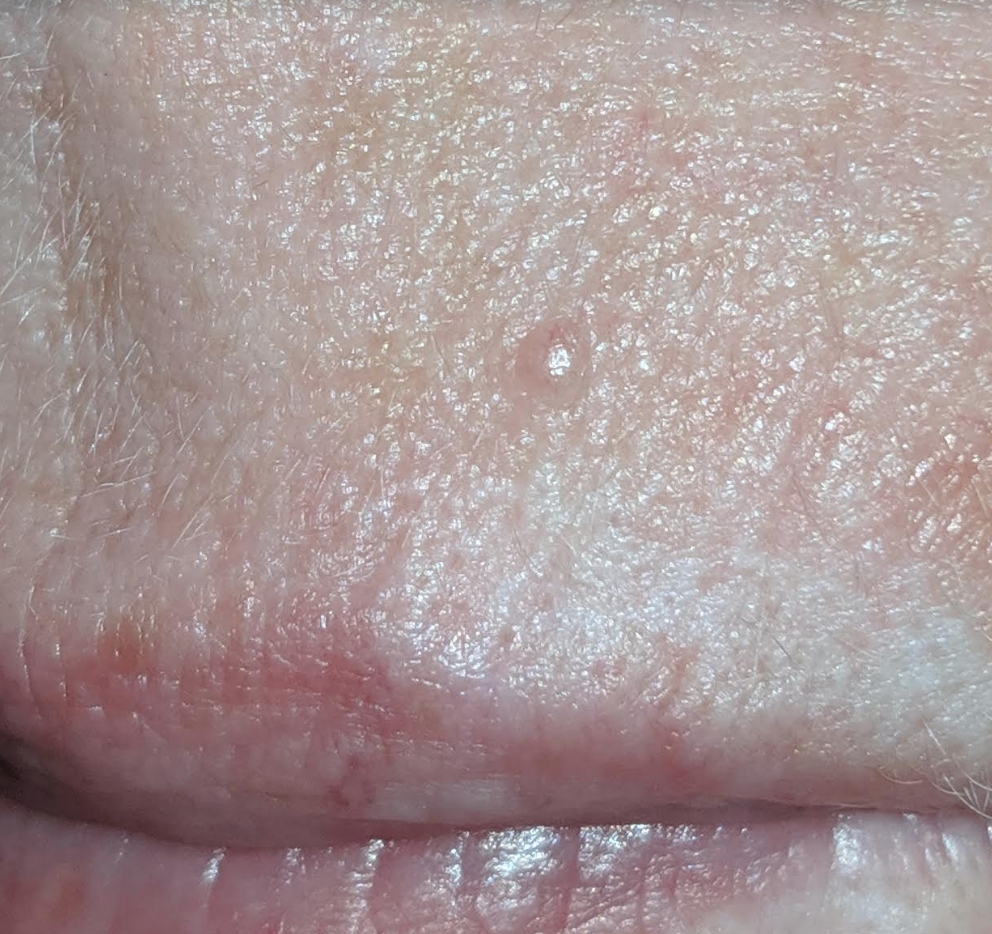 My regular checkup with my doctor is scheduled for January, but I’m not waiting any longer to have this little fella checked out. Let me tell you why:

I am holding out hope that my friend is of the ingrown hair variety. Having a sketchy history with precancerous spots and bouts with rosacea as a teen, I am used to my fair share of skin anomalies. Ingrown hairs are not on my list of regular skin complaints, though. In fact, I don’t know that I have ever had one.

Basal cell carcinoma is first and foremost on my list of concerns. All of my three previous basals were found by my dermatologist during skin checks, and I never knew they existed. They were white scaly patches I had overlooked and passed off as dry skin.

This spot…well, this spot is different. I am hoping that it’s not basal, but I feel certain my little friend is going to see the business end of my dermatologist’s blade. A biopsy is most likely in my near future.

I’ve done my due diligence with this guy. I’ve watched him carefully and noted all the hallmarks of suspicious spots. Given plenty of time to make a graceful departure, he refuses to be on his merry way. Best case scenario–my dermatologist’s closer examination will reveal a completely benign and harmless spot like the ingrown hair.

Preparing for the worst

Worst case scenario: a biopsy will show I need an excision. Somewhere in between the two lies the gray area where my doctor will bring up spot treating. Of one thing I am certain, having skin cancer is getting old.