Thankful That My Journey Continues 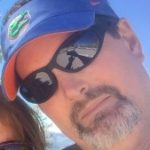 To say that my skin cancer journey has been full of highs and lows would be an understatement. In 1995, I was first diagnosed with melanoma in situ on my right shoulder. Since then I have had eight melanomas – and one basal cell carcinoma – removed from my body. That’s almost 25 years of wearing sun screen and ball caps, frequent dermatology appointments, and spreading the news about the dangers of excessive sun exposure.

But, unfortunately, my skin cancer journey reached its first major low in late 2011 when a previously biopsied lesion turned into a Stage II tumor. I underwent emergency surgery with extensive plastic surgery on my upper back. I even endured a few months of physical therapy to regain my strength.

While the surgical margins were clear, melanoma still found its way into my bloodstream, so the second major low occurred in July 2013 after a PET scan revealed metastases in both of my lungs. As of August 2013, I have been on an oral chemotherapy drug, which has kept my tumors small and stable. That was almost six years ago!

But I’m most thankful for what I’ve been able to do and experience since 2011 (and 2013). I’ve seen my children graduate from both high school and college. I’ve been able to extensively travel with my wife and enjoy our time together. Yes, we go to the beach or the mountains every year. I will not let skin cancer keep from doing the things I love!

My journey continues to have curves and bumps, but I now appreciate those small things in life that truly mean the most.