What are Clark Levels? 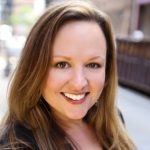 Clark levels are a staging classification system that has been historically used in melanoma. The Clark level refers to the depth of involvement of the layers of the skin, or the vertical growth into the skin levels. The different Clark levels are:

The American Joint Committee on Cancer (AJCC) has developed updated guidelines on melanoma classification based on evidence and cooperation from several major cancer centers. Their newest guidelines, the eighth edition, won’t be available publicly until 2018, and they advise that all cancers newly diagnosed through December 2017 should follow the seventh edition of the guidelines, which were published in 2010. The AJCC guidelines classify melanomas based on:

Each of these components is further classified using numbers to note the level of invovlement:

The different components and numbers are then classified into cancer stages (Stage I-IV).3

Whether using Clark levels or the AJCC classification system, early detection of melanoma is key to increasing survival. Melanoma is the most dangerous form of skin cancer and is the cause of death of an estimated 10,130 people in the U.S. each year. When melanoma is detected and treated early, it is almost always curable.

Melanomas are named for the pigment-producing cells in which they develop, the melanocytes. Melanomas are most often caused by intense exposure to UV (ultraviolet) light, whether from the sun or artificial means, like tanning beds. The ABCDE signs of melanoma are the best way to identify these skin cancers early:

If you notice any spots that meet the ABCDE criteria or that are changing, itching, or bleeding, you should make an appointment with a doctor or dermatologist right away.4