If there’s one thing we absolutely love, it’s hearing from our community! In September, we took to Facebook to find out who discovered your skin cancer and at what age you were diagnosed. We got a great response and wanted to share the results with you.

“My daughter was diagnosed at age 6 stage 3a.”

A large number of our commenters chose to tell us what kind of cancer they were diagnosed with. We discovered that, of the people who commented, the most common cancer was melanoma, followed by basal cell and finally squamous cell. 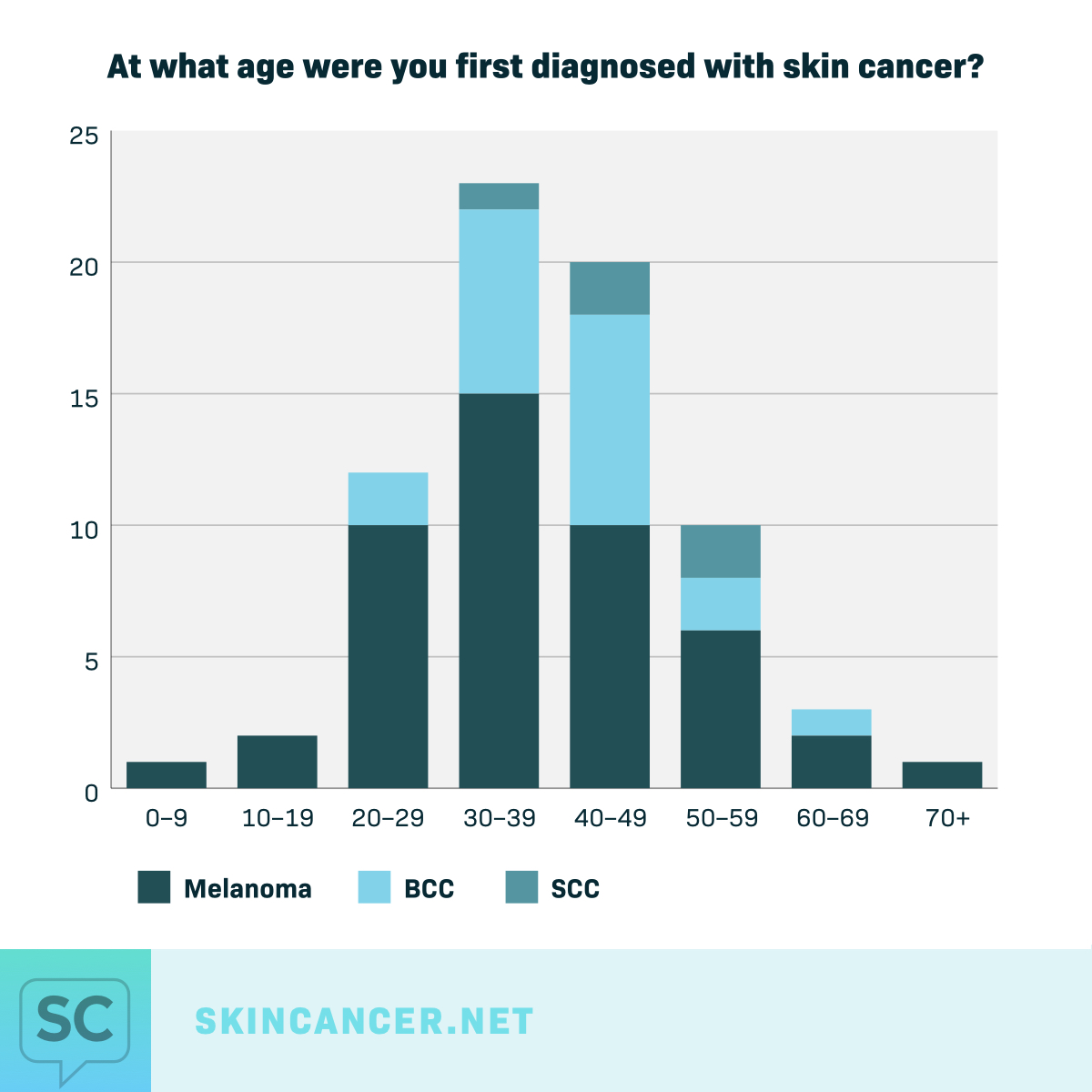 There were some hopeful stories as well. After being diagnosed at 29 with Stage 3 Malignant Melanoma, one of our members was told they had a 60% chance of five-year survival. It’s now been 17 years since her diagnosis.

We also heard about several recurrences, including the story of one woman’s husband, who was diagnosed with basal cell after their honeymoon at age 31. She tells us that twenty-two years later, at 53, it “turned into adv. stage IV metastatic melanoma.”

Quite a few respondents had basal cell on their faces, especially their noses. Three times as many basal cell diagnoses happened between the ages of 30 and 49 than all other age groups.

More than half of our respondents overall were in the 30 to 49 age group. Who knows what the other ranges would have look like with more respondents? Those 50 to 59 were more likely not to say what skin cancer type they had. When they did say, it was most often melanoma.

Though this is far from a scientific study, we're excited to see who is commenting in our Facebook community. We look forward to continuing the conversation here on SkinCancer.net!

Stay tuned for "Community Thoughts: Who discovered your skin cancer?"...

You Can’t Handle the Truth: Dealing With Other People’s Emotions About Your Diagnosis