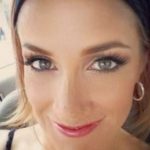 After learning my diagnosis, I met with my dermatologist who explained that melanoma is staged by thickness. My tumor measured 2.05mm, or about as thick as a nickel. She explained that my biopsy may not have removed all of the melanoma and how we wouldn’t know definite staging until later. First, I would need a PET scan to determine whether the cancer had spread to other areas of my body. Next, I would have a 2-inch circle cut out of the area surrounding where my tumor had been. That chunk of flesh would be further tested for traces of melanoma. Because skin on the scalp is so tight, they wouldn’t be able to stitch my scalp back together. The surgeons would have to steal a large area of skin from my thigh to fill the 2-inch hole on my head. I would also need a Sentinel Lymph Node Biopsy, which meant that I’d need a major dissection to remove 24 lymph nodes from my head and neck.

Looking forward to recovery from cancer

A couple weeks later, I came out of surgery in a lot of pain with lots of stitches, but I tried to focus on recovery. We waited anxiously for the results and were ecstatic to learn one week later that all of my scans and tests had come back negative! I thought this good news would mark the end of my cancer journey, but I was wrong.

Soon after, I began experiencing weakness in my neck and left arm. After several tests, the doctors determined that during surgery, I incurred a devastating injury to Cranial Nerve XI. This major nerve runs from your skull down into your trapezius muscle. Its specific purpose is to innervate the trapezius and sternocleidomastoid muscles, thus allowing the left arm to raise up and the head to turn and tilt. My doctors recommended I begin physical therapy and that I not drive until I regained better mobility. While all of this was going on, I also met with my oncologists who explained I was borderline Stage 2/3 because my tumor had been so large and had such uniquely worrisome pathology. They recommended I begin one year of immunotherapy, Interferon Alpha-2b.

Six weeks after my surgery, the doctors inserted a PICC line into my right arm where nurses administered my first infusion. I continued receiving infusions through my PICC line five days per week for six weeks while also attending physical therapy three times per week.

The battle to get a clear scan

This part of my battle was definitely the hardest on my family and me. The grueling doctor visits and mental anguish, combined with the horrible side effects of Interferon began to take a toll on me, both physically and emotionally. After the first six weeks, my doctors removed the PICC line and I began receiving two large stinging injections of Interferon three times per week instead. Over the next five months, I lost a lot of weight, watched my hair thin out, battled fevers, had digestive issues, and struggled to stay active at my job and at home. I was hospitalized two times for immunotherapy-related complications. My second hospitalization lasted several weeks and is when my doctors and I decided to perform another PET scan. When it came back clear, we decided it would be best to discontinue my immunotherapy.

Scars to prove the seriousness of a spot

It’s been two years since my surgery and I can now raise my left arm above parallel and can tilt and turn my head. Unfortunately, I still suffer from terrible muscle spasms and cannot teach gymnastics or cheerleading the way I did in the past. Since then, I’ve also shown no evidence of disease and still receive regular PET scans and skin checks. I do all of this because of a tiny spot on my head that only measured as small around as a pencil and as thick as a nickel. For me, my melanoma was not just a nightmare – it was a wake-up call that any spot can be evil. I am a prime example of that. And I have the scars to prove it.