To Play, Or Not To Play, In The Full Sun?

We are women of a certain age. We are not playing tennis for the big bucks. Yet some players get particular about the height of the net. One friend actually takes out a tape measure to make sure it is the right height. You might wonder what this has to do with skin cancer.

Outdoor sports in the sun

Well, a while back, four of us got into a discussion because the net was a smidgen too high on the court where we usually play. That court has some shade. Myself and one other player wanted to stay there. The two others wanted to play in the full sun on a court where the net was the right height.

I’ve had more squamous cell cancers of the skin than I can count. My doctors don’t even like me to play outside. But when that is where the games are, that is where I go. If there is some shade, I go for it.

Myself and one friend cared about our skin safety more than we cared about the height of the net. We figured it wasn’t going to make that much of a difference in our game. It would hurt us all equally if a ball that would have otherwise cleared the net didn’t go over.

The two others in our doubles group wanted to move to the other court. We debated. It was silly and awkward. We didn’t want to make a fuss.

Making a statement about sun safety

The International Tennis Federation website states that for doubles, “The height of the net shall be 3 feet (0.914 m) at the centre, where it shall be held down tightly by a strap. A band shall cover the cord or metal cable and the top of the net. The strap and band shall be completely white.”1

It was not held down tightly by a strap. The hook at the bottom, in the center, had broken. So it was held up by the two poles on either side. The situation brings up a question: How much of a statement do you want to make about sun safety?

Normally you switch sides on odd games. But the others volunteered to stay in the sun. It was considerate of them, but we didn’t feel good about that either. We were willing to do our share. I had on my sunscreen and sun protection clothing and figured that half time in the sun would be OK.

That was then, this is now

When we had finished with our hour and a half of playing, the two who didn’t mind the sun wanted to hit some more. They walked back to the court with the regulation net and the full sun. I wasn’t their mother so I wasn’t going to shout, “Hey, get out of the sun.”

Based on the way I ignored my own mother when she told me to get out of the sun, they probably wouldn’t have listened. But that was then and this is now, and I wondered what they were thinking. 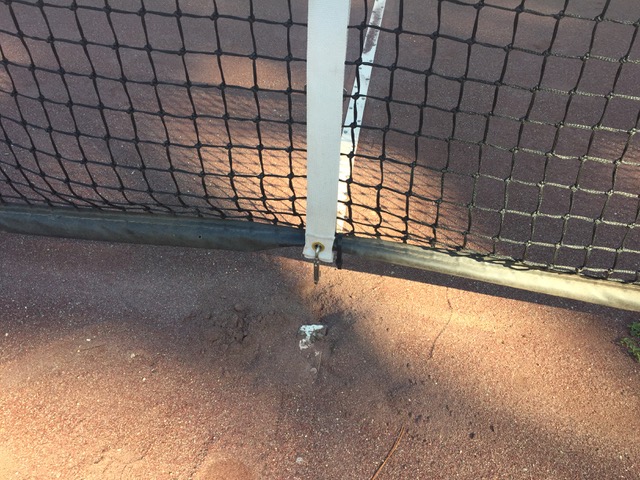 A Letter of Warning to the Precancer on My Chest

From Head to Toe, Skin Cancer Can Appear in Unexpected Places