Skin Cancer Is Cancer, Despite What Some People Say 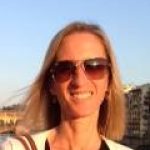 I am familiar with the recommendation to not go on social media at night, because it can keep you from sleeping well. Last night, I ignored that advice and went on Instagram before I went to sleep. I came across a post by the Today Show about a celebrity who was recently diagnosed with skin cancer, a basal cell carcinoma. So I read it. I always read about skin cancer, and it’s not like it even takes up so much of my time to do so, because there aren’t many articles posted about it. I was curious about the post since I have had two basal cells. I started reading the comments, and after reading just a few, I saw a pattern emerging.

But how serious is skin cancer, really?

My heart started pounding and I got really upset. There were so many comments from people stating: “It’s just skin cancer”, “Stop making a big deal about this, it’s only skin cancer, it’s not real cancer”, “She’ll be fine”, and my favorite, “So overdramatic”. Really? Basically, many comments were from people who were almost annoyed that the Today show was making a big deal about a basal cell carcinoma.

Now, of course, there were comments written in response to these negative statements, illustrating how serious skin cancer can be, from both survivors and from relatives and friends of skin cancer patients:

“I just had a family member die from melanoma.”
“My sister died of melanoma a year ago, it was found by her hairdresser, it was on her scalp.”
“I had a malignant melanoma removed last year. Go to get checked.”
“Please do your research on melanoma, it is deadly.”
“I had a good friend die within 10 months of being diagnosed with it (melanoma). She was 37.”

And some people offered prayers.

Ignorance is not bliss

After I got over the feelings of frustration with those who downplayed the seriousness of a skin cancer diagnosis, I realized that many of those who posted comments saying that skin cancer isn’t serious are just plain ignorant. We say this all the time, and it’s true. There is a lack of awareness about skin cancer, ranging from who is at risk (answer: everyone) to how to prevent and treat it. It often seems that unless someone knows someone who has had skin cancer, they don’t realize how much those who have it can suffer. And not everyone knows you can die from skin cancer, but yes, you can.

Yes, basal cell is cancer too

Comments in the form of education

Now that I’ve had time to think about it, I do see an important message in some of the comments on this post, to educate people about the importance of annual skin checks: “Monitor your moles and your body and if anything looks suspicious see a dermatologist. Yearly checkups should be part of your medical appointments”, “…get regular checkups from a dermatologist.”

How do we educate the public on the seriousness of skin cancer?

I often think about ways to better educate the general public about skin cancer and the importance of having yearly skin checks. I wonder why a full body check isn’t recommended as part of a yearly check-up. We know the recommendation to have a mammogram by age 40, a colonoscopy by age 50, and so on. But how many of us have heard a recommendation about when to start getting skin checks? Who has been told to get them?

Maybe the back and forth comments on the Instagram post served a purpose. If they lead to even one individual checking himself/herself and going for a skin check, they’ll be useful.