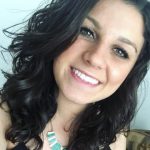 You did it. You survived this battle. You have the scars to prove it, the battle wounds. But what happens, when that’s not all you leave the hospital with? Survivor’s guilt is a mental battle where one feels guilt, sadness, or faces the lack of understanding why he or she survived a battle, when others have not.

When others don’t survive

My uncle fought this black-ribbon, sun-thriving beast. He put up a hard battle for 7 months before it consumed his last memories on this earth. I had it pretty easy as far as this journey went. Psychologically, it was terrifying, but medically speaking, it was about as easy as they come. Uncle Jeff, however, came face-to-face with a stage IV and progressively moving fight. He tried chemotherapy, radiation, and experimental drugs and procedures. He needed a port to empty all the fluids in his lungs. He stayed positive and faith-filled, but it just wasn’t enough.

I saw the best and worst of cancer within one year. Uncle Jeff was my first real, big loss. I’m proud and blessed to say that, but also heartbroken all the same. I began to wonder “Why Me?” or “If only we had caught it sooner.” While these are all very normal and expected thoughts, they are also pretty unhealthy. It was hard to smile in places we went or family traditions he was always a huge factor in. It was hard to watch my mom, her sisters, my siblings, and my grandma cope with the loss of this precious soul.

The sun kept rising proving that life does go on. It took awhile, but eventually, I realized that peace does not mean the absence of war. I found out a way to smile through the tears as I entered the baseball stadium he and I went to every summer. I found a way to laugh at the 24 hour features of A Christmas Story he never got tired of. Peace is not the absence of war. I found peace, but I didn’t stop fighting. Instead, I used this hurt and guilt that I was here and he wasn’t, by spreading awareness. I fight for those that are still here and those who haven’t been diagnosed. I fight for them to never hear those dreaded words or walk into a hospital room to the sight of a “DNR” wristband. I fight.

A survivor changing the world

If you are facing survivor’s guilt, know that you are not alone. Know that it doesn’t have to be life-consuming, it doesn’t have to be negatively impacting, and it doesn’t need to take the joy out of life. I firmly believe we are not given battles too big for us to handle. We are given battles to change the world, whether in our eyes alone or what’s outside our big front door. I’m a survivor who is taking charge of the mental battles this beast has handed me. I’m a survivor awaiting the day those dreaded words, DNR bands, and goodbyes are a thing of the past. I’m a survivor waiting to use my story to prevent similar stories for other families. How are you a survivor?

A Story of Loss

Why Is Self-Care Important and How Can We Practice It?

How Can We Talk To Friends About Skin Cancer Dangers?