What’s So Bad About Tanning Beds? 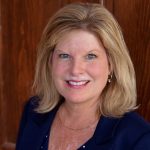 Let’s talk a bit about tanning beds. They’re awesome, right? You can get a tan so much faster in a tanning bed than you can by lying in the sun, can’t you? And that’s a good thing, isn’t it? NO! That’s not a good thing, and no, tanning beds are not awesome.

Have you noticed that tanning salons love to advertise tanning as a bargain? First Visit Free! 99 Cent Tans! Unlimited Tanning Until the End of the Year for Less Than $100! More accurate statements would be Tan Your Way to Skin Cancer! Tan Your Way to Surgery! Tan Your Way to Permanent Disfigurement! Tanning salons frequently offer tanning packages that seem ridiculously cheap, which is even more enticement to get people to use the tanning beds. You need to remember, though, that it only takes a little time in a tanning bed to do a lifetime of damage.

According to the Melanoma Research Foundation: “Using tanning beds before age 30 increases your risk of developing melanoma by 75 percent. Occasional use of tanning beds triples your chances. Research also suggests a strong dose-response relationship – meaning the more sessions, hours and years spent tanning, the higher the risk of developing melanoma and other types of skin cancer.”1

The real cost of tanning beds

Need further convincing? I was never a ‘heavy’ user of tanning beds. I had a lot of sun exposure throughout my younger years, as I grew up in a time when kids played outdoors all day and our sunscreen (if we were given sunscreen to use) was SPF 2 or 4 at best. I remember when tanning beds were introduced, and they were described as “much safer than being in the sun.” As a young adult, I would go to a tanning bed for a few times prior to going on vacations so I could get a base tan. There was definitely not a lot of tanning bed usage, though. Fast forward to a skin cancer diagnosis in 1995, followed by three surgeries to remove cancerous areas, each surgery progressively more invasive, followed by my most-recent surgery in 2015 which was a three-hour procedure while I was under general anesthesia and had 23 places removed….ten by excision meaning I had ten places on my body with stitches and thirteen by laser, followed by two hours in the recovery room, followed by two weeks of immobility at home post-surgery, followed by permanent numbness in my forehead, scalp, and above my mouth due to my doctor having to move nerves in those areas to remove the cancerous areas. My total medical bills for that surgery were over $28,000. A tanning bed doesn’t sound quite so cheap after all, does it?

If I knew then what I know now, I would have been much better about my sun habits, and I would have avoided tanning beds. We now have more knowledge and easier access to information about the dangers of over-exposure to the sun and usage of tanning beds, and we can do better. Please, stay out of the tanning bed and take good care of your skin; your future self will thank you!