Cancer cells are different from normal cells. Many cancer cells have mutations that cause them to grow and survive when normal cells would not. Uncontrolled cell growth is what leads to cancer.

What is a cell?

Cells are the building blocks for your body.1,2 They do your body’s work. They provide structure. They turn nutrients into energy. They perform specialized jobs.

A membrane (outer lining) surrounds the cell. Inside the cell are many different organelles (special structures) that do the cell’s work. The nucleus is the cell’s command center. The nucleus contains the DNA. DNA has the instructions (genes) for making different proteins. 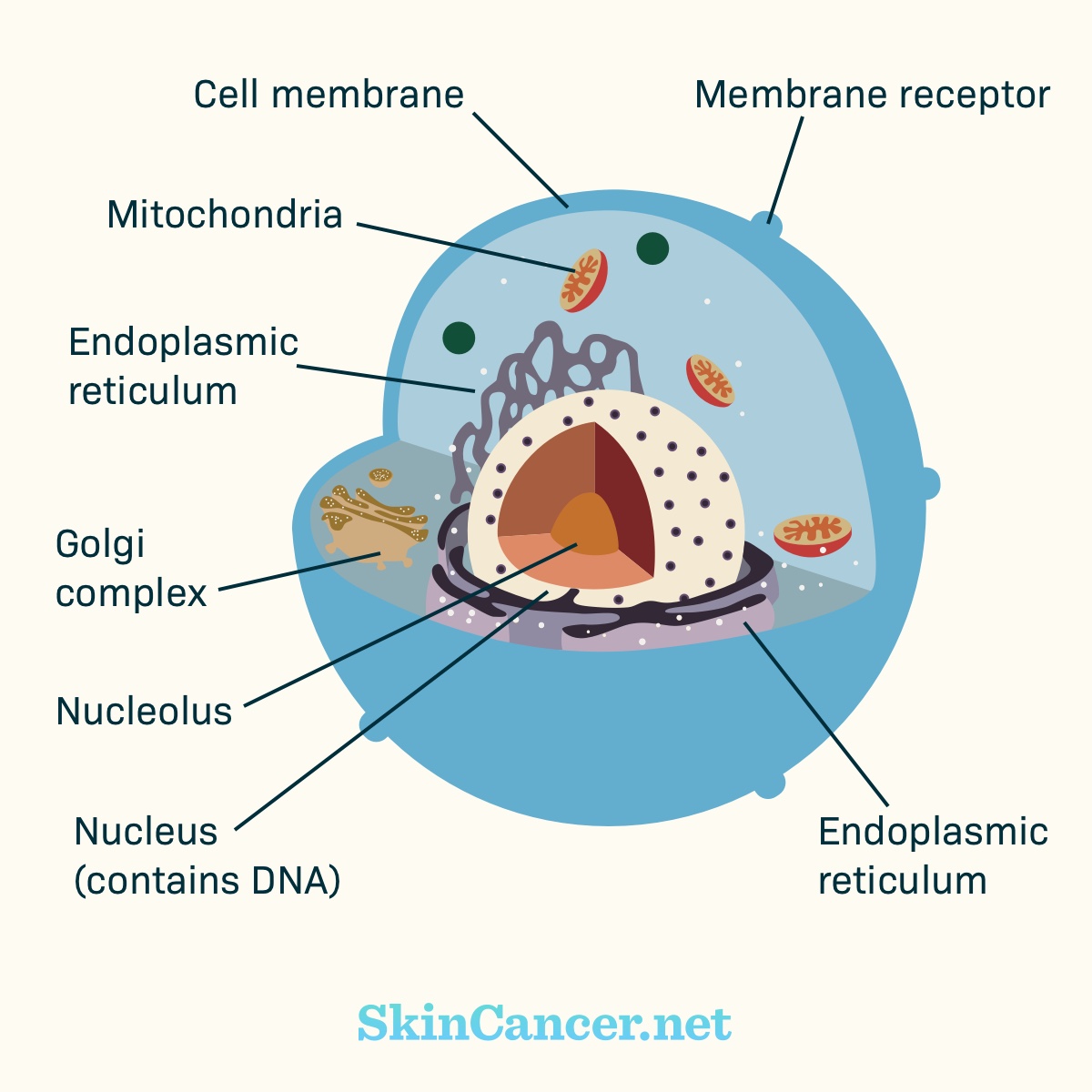 How does normal cell signaling work?

These proteins pass signals from one to the other, like a game of telephone. Eventually, the signal gets to the nucleus. In the nucleus, the instructions for building a protein are copied from the DNA. Other parts of the cell assemble the protein.

In normal cells, there are “on” and “off” switches for these chains of events. A pathway only becomes active as needed.

Cancer develops when there are harmful changes in DNA. These harmful changes are called mutations. For example, a mutation can lead to a receptor that stays active all the time, instead of turning “on” and “off” as appropriate. 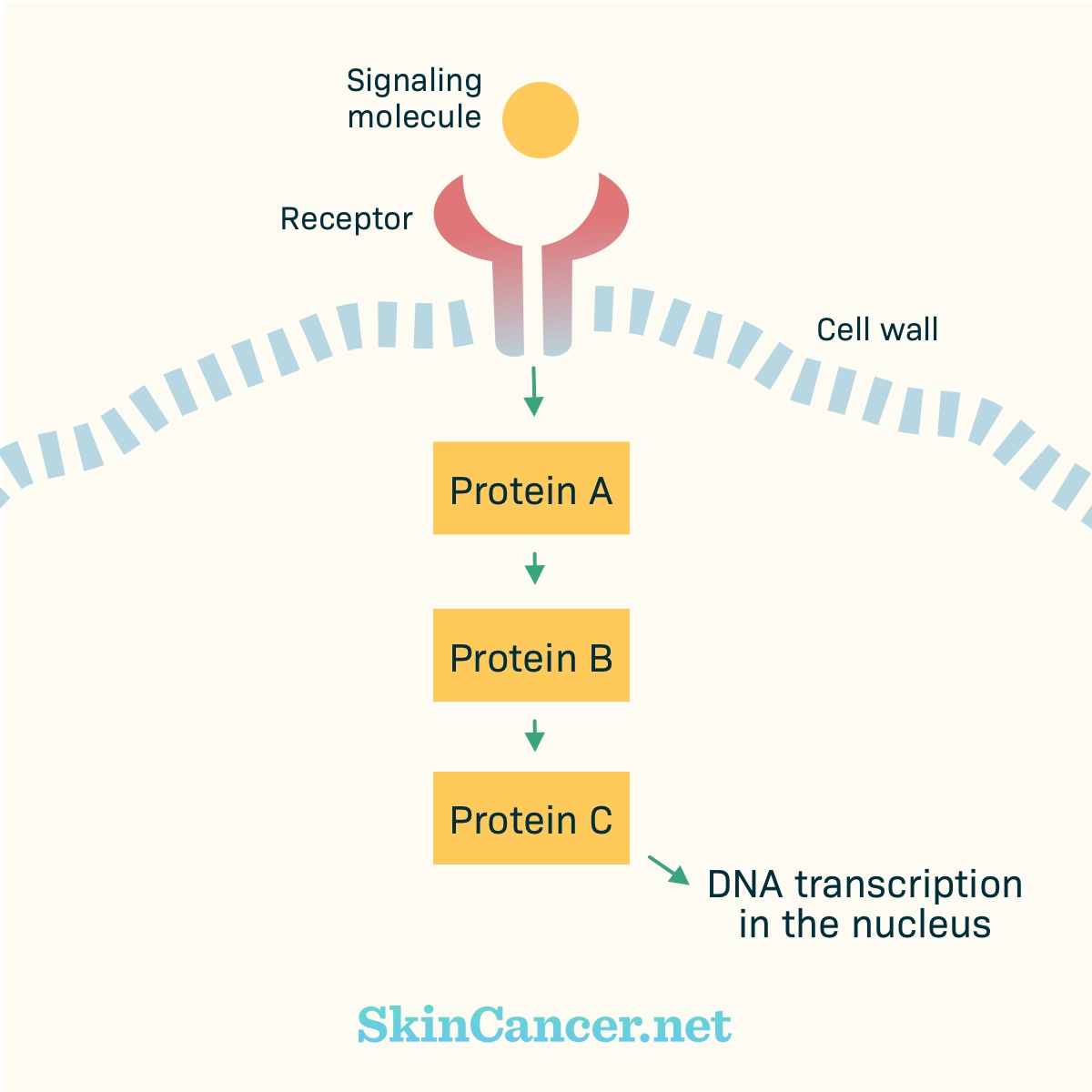 How is targeted therapy used to treat skin cancer?

Approximately one-third of melanomas have mutations in the gene (instructions) for a protein called BRAF.3 BRAF is a protein in the MAPK (or ERK) pathway, which is involved in the cell's growth. BRAF mutations can cause cancer cells to grow uncontrollably. Today, there are several medications for advanced melanoma with BRAF mutation, including:

MEK is a protein that is further along the MAPK pathway. Medications that target MEK include:

National cancer guidelines suggest Gleevec® (imatinib) as one option for advanced melanoma with c-KIT mutation.7 This use of Gleevec is not approved by the Food and Drug Administration.8 Nevertheless, it may be an option when other treatments are not working.7

The c-KIT receptor kick starts several different signaling pathways. Up to 20% of acral or mucosal melanomas have c-KIT mutations.9 These are types of melanoma that are not related to sun exposure.

Another medication that targets c-KIT gene mutations is named Tasigna® (nilotinib). It is approved to treat certain forms of blood cancer but not melanoma, although it may be a treatment option in some cases of melanoma.

Surgery is more effective than targeted therapy for BCC. Targeted therapies have serious risks and side effects. Therefore, medication is typically only used when surgery or radiation are no longer options.10

Both medications carry a serious risk of birth defects and stillbirth. Other common side effects of these medications include muscle spasms, hair loss, and taste changes. The label for Odomzo includes a warning about rare but serious muscle injury.13

5 Things You NEED to Know about SRT