Cloud Coverage and Sunburns: Made in the Shade? 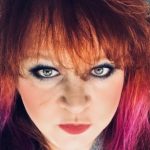 Cloud coverage and sunburns go hand in hand. One of the worst sunburns I ever got was on a cloudy day while watching a boat race at the bay. It was the middle of summer, but the sun wasn’t to be seen that day. Yet, I remember my shins became covered in huge blisters that were full of liquid. Later, I found out that can be serum, lymph, or plasma – or at the least the clear blisters.

Not made in the shade

All I knew is that it was so painful to walk or for anyone to touch my legs – including my dog that decided to jump up on me and cause a few of the blisters to pop. I had a job interview the next day and just standing up would allow the blood to rush to my legs and the pain would start.

If you think you have it made in the shade because the sky is covered by clouds – not so fast.

The sun always shines through

Even though the sun is hidden by clouds, the damage it can cause is still there. In fact, the American Academy of Dermatologists (AAD) indicates that up to 80 percent of the sun’s UV rays can pass through clouds.1 This means that it is important to take care of your skin no matter what the sky looks like and use sunscreen when you are outside.

In fact, the amount of UV rays that shine through sometimes depends on the clouds themselves. For instance, a clear blue sky is certainly going to have plenty of harmful UV rays. However, even with cloud coverage, you are not safe. You can actually burn worse when it is cloudy because in some cases, the ultraviolet rays reflect off of the edge of the clouds – making the UV rays more powerful.

There is a difference when it comes to the two types of UV rays, yet both are harmful. According to the University of Iowa Health Care:

There are two basic types of ultraviolet rays that reach the earth’s surface—UVB and UVA. UVB rays are responsible for producing sunburn. The UVB rays also play the greatest role in causing skin cancers, including malignant melanoma.

However, the UVA rays also play a role in skin cancer formation. The UVA rays penetrate more deeply into the skin and play a greater role in premature skin aging changes including creating wrinkles.2

If you still want to be in the sun and enjoy outdoor activities, make sure that you have plenty of sunscreen and try to stay out of the direct sun as much as possible. Keep in mind though, you can still get sunburned in the shade.3